The essential about boiling water


How hot is boiling water ?

This question seems to be rather simple but the answer depends on various factors.
Firstly it depends on pressure: boiling temperature is not the same at low pressure or high pressure.
It also depends on other substances contained in water.

How to make water boil ?

The ones who have ever cooked pastas know the answer: you only have to heat water enough to make it boil. In other words you must give to water, enough thermic energy in order to raise its temperature until a value called " boiling temperature ". Thermic energy provided to water allows its molecules to move faster and faster until they can separate and reach a gaseaous state.

Boiling temperature of pure water at ambiant pressure The chosen water is pure because it doesn't contain other substances, particularly there are no minerals, that could modify the way water boils.
To make it boil, water is heated and then temperature is measured with a thermometer every minute.

Here are the results that can be obtained:


These results can be used to draw a graph on which horizontal axis is time, and vertical axis is temperature: 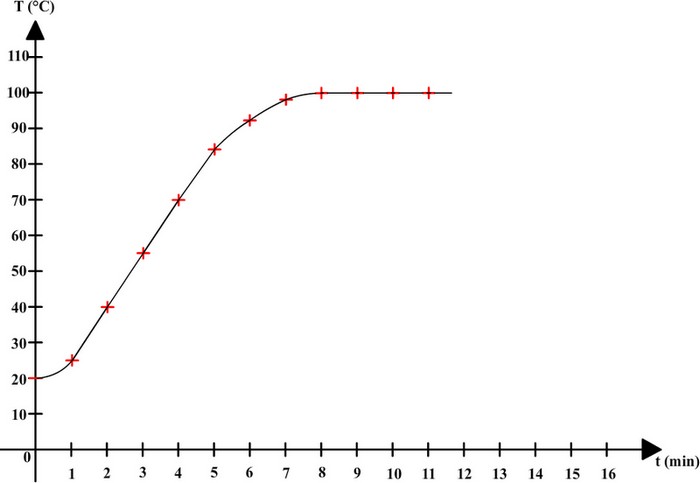 Before boiling, temperature is rising and water remains liquid, but when the water starts boiling then it keeps the same temperature (100 ° C).
Pure water boils at a constant temperature of 100 ° C.

Boiling of salt water
In order to study variations of temperature, salt water is heated and then temperature is measured with a thermometer every minute.
Here are the results that can be obtained:


These results can be used to make a graph on which horizontal axis is time, and vertical axis is temperature: 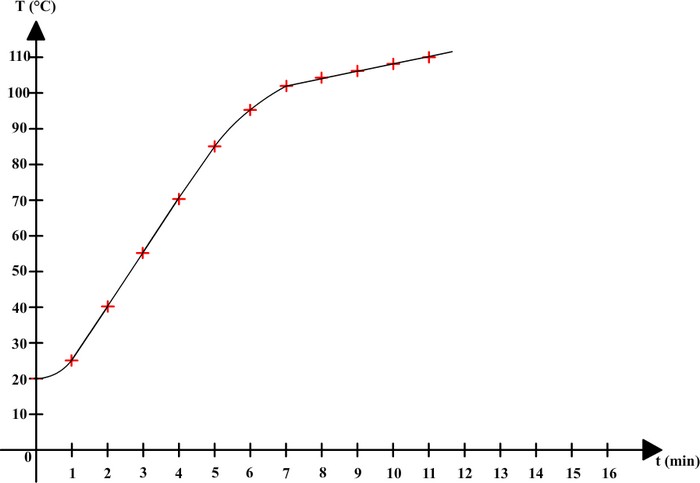 This time, salt water has no constant boiling temperature. The temperature keeps on rising during boiling.


A mixture doesn't have a constant boiling temperature: its temperature increases during boiling.

- Boiling water and cooking : This page from " What's cooking America " explains how to make water boil and gives boiling temperature of water for various altitudes

- How to boil water ? : An educative video that explain methods to follows in order to make water boil.